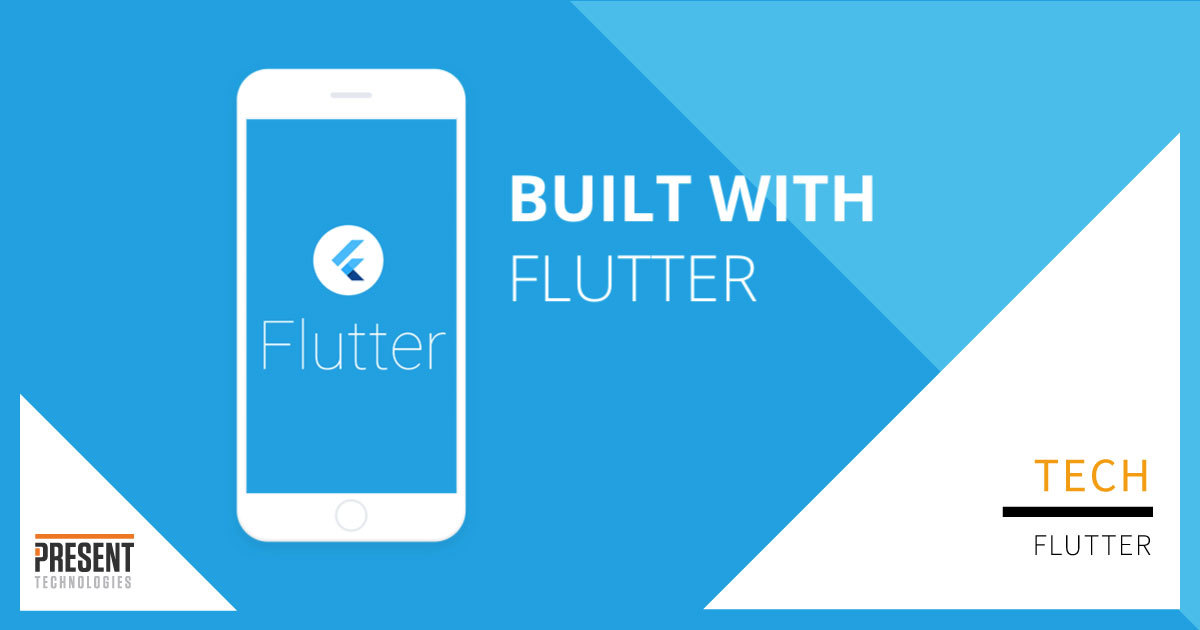 Why we chose Flutter to build multi-platform mobile apps

At Present Technologies, we’re always looking for the best solutions for our clients. In recent years, we’ve been asked for mobile solutions that could be developed once for both iOS and Android and at the same time could have the same quality of native apps. This would reduce the cost significantly, and turn viable some projects of our clients.

With that in mind, we began researching and experimenting with several multi-platform frameworks. In the end, Flutter was the clear winner.

Flutter is a free and open-source framework for building native-looking apps on iOS and Android from the same code base.

It was created by Google and has the full weight of the company betting on its success, but the framework has also been getting a huge amount of traction from the community since launch.

For example, it has recently reached 86k stars on GitHub, where it already surpassed one of its main competitors, React Native, and additionally, it has had hundreds of events and gatherings of enthusiasts around the world, showing a strong support of the developer community as well. This also shows that the framework can healthily live without Google.

As to the main advantages we found of using Flutter to build mobile multi-platform apps, they can be summed up by the following:

At Present Technologies, we already released several apps to the market using Flutter, and are currently working on several others. The results for us and clients have been outstanding so far.

Flutter is here to stay!

If you want to know more about it or are interested in saving time and money building a multi-platform mobile app, get in touch!

This website uses cookies to improve your experience while you navigate through the website. Out of these cookies, the cookies that are categorized as necessary are stored on your browser as they are essential for the working of basic functionalities of the website. We also use third-party cookies that help us analyze and understand how you use this website. These cookies will be stored in your browser only with your consent. You also have the option to opt-out of these cookies. But opting out of some of these cookies may have an effect on your browsing experience.
Necessary Always Enabled
Necessary cookies are absolutely essential for the website to function properly. This category only includes cookies that ensures basic functionalities and security features of the website. These cookies do not store any personal information.
Non-necessary
Any cookies that may not be particularly necessary for the website to function and is used specifically to collect user personal data via analytics, ads, other embedded contents are termed as non-necessary cookies. It is mandatory to procure user consent prior to running these cookies on your website.
SAVE & ACCEPT